Hi! I have finally made my first Webtoon article, rather than a list. This is  an idea that Icebreaker694 gave me. Please check out their blog; if you like books and fandoms, you’ll love it! This article matches Webtoons to fandoms.  Basically, if you find any of your fandoms on this list, there’s a Webtoon suggestion you may like.

Annarasumanara is the  Webtoon I’ve read that is the closest to real magic, kind of like watching a Disney or Ghibli movie. This is ironic, as the main question behind Annarasumanara is: “Do you believe in magic?” While that kind of magic is left to the reader, Annarasumanara has a sense of wonder and beauty that fits. Parts of it, especially the beginning, is like a Disney movie; too good to be true, a girl whose dreams may save her, a man who doesn’t fit into societal norms, and a possible antagonist. But as the story goes on, it has themes that are more reminiscent of Ghibli; it becomes a little moodier, a little more realistic and dark. However, while the story may become more realistic, the story still holds a certain magic about it that makes you keep reading. Characters aren’t completely good or bad; they’re simply human. Whether you enjoy Disney or Ghibli, I do think you may enjoy this. 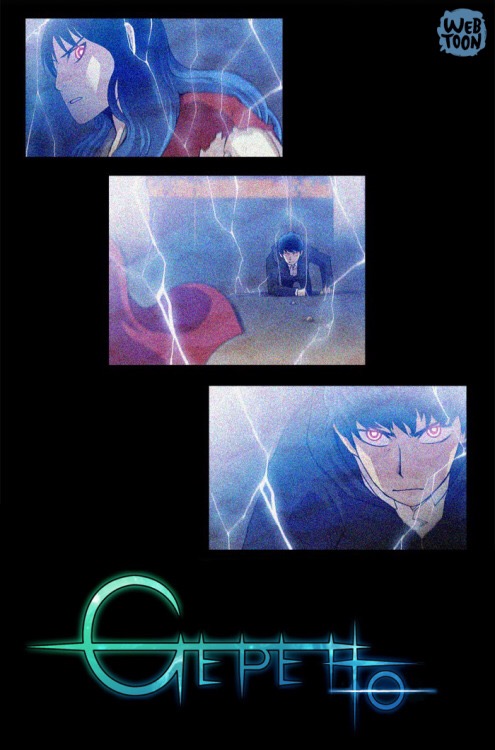 Gepetto is a unique dystopia; rather than purely a tyrannical government, it involves androids and a war between humans and androids. Unlike most dystopias, neither side is fully right. In fact, the main characters don’t struggle over which side is better; they’re trying to find a legacy of a famous inventor’s that may be able to help humans and androids live in peace. Gepetto certainly twists some old science fiction tropes; a war is happening, but both sides have good points and bad points. A government collapse may not be needed. And even the “chosen one” trope is made more interesting here, as there’s a solid mystery behind it.

If you’re tired of all the old romance tropes in young adult fiction, please read instantmiso! She takes those old tropes,  adds a spin on them, and applies them to realistic characters who behave like actual people. In Where Tangents Meet, she tackles the “moody guy meets ditzy girl” trope…and succeeds! She creates a sweet story, characters who feel very human, and interesting twists. I’m not a romantic, and I liked it a lot. But in Siren’s Lament, she took on an even trickier cliché; the infamous love triangle. In all honesty, Siren’s Lament  is on par with Cassandra Clare’s The Infernal Devices. I may make a joke post of them interacting on how to create two of the few good love triangles. Anyway, she has two properly developed lead male characters, an independent, yet kind, female lead, and chemistry.

Rebecca, by Daphne Du Maurier: Cheese in the Trap: 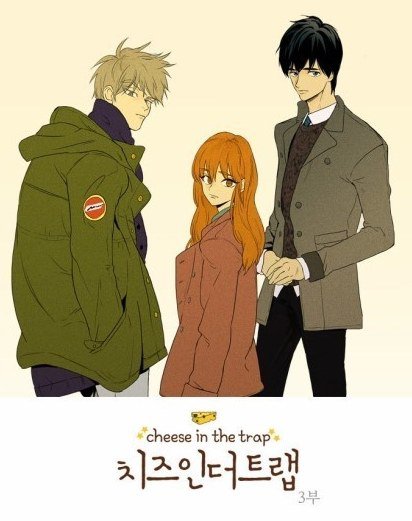 This one is a bit of a stretch, to be honest. It only has a few similarities, but I still think those are relevant. Both Rebecca and Cheese in the Trap have a smart, kind female lead, a mysterious love interest who has a bit of a dark side and is hard to read, miscommunication, and while they may both have romance as their lead genre, at their core, they’re mysterious and psychological thrillers. No one is as they seem in these stories. Although, other than the similarities I mentioned, they are rather different, like, I personally don’t know whether to like the love interest all that much in Cheese in the Trap yet. But that’s how I felt about Maxim De Winter in Rebecca, up until a certain point, from where he became an incredibly sympathetic character. 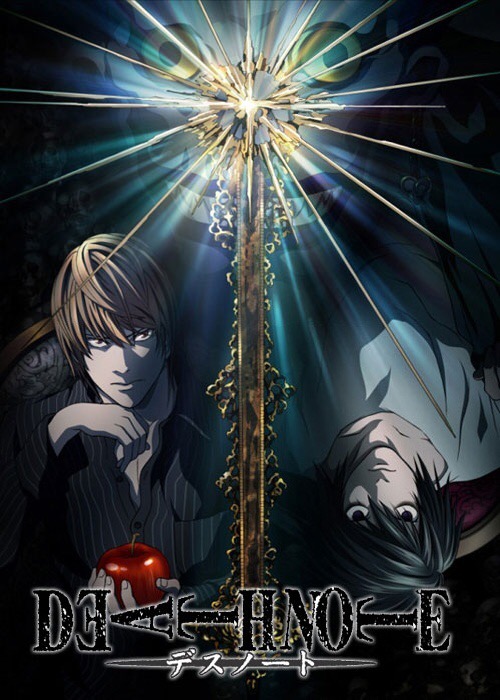 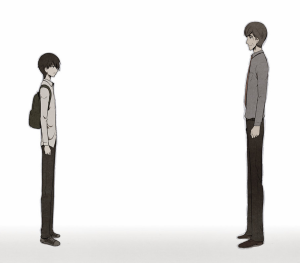 This is also a stretch, but I think people who like psychological thrillers will like Bastard. Like Death Note, there are plenty of mind games, and two opponents on opposite sides of morals, except Bastard is more black and white than Death Note. However, while one may have more fantasy elements than the other, Bastard and Death Note give off a similar thriller vibe. While both sides may have some variant of help, it is ultimately a battle between the protagonist and antagonist. And while Jin Seon may not as far down the road to being a villain as Light Yagami, he is an intriguing antihero in this dark, psycholigical, mind game.

If you want a story about superheroes that’s a little different than Marvel or DC, check out unOrdinary! It focuses more on a group of students in a society where (almost) everyone has a special ability. Even in this world, there’s inequality; high-tiers often bully or put down those with low-tier abilities, finding them to be weak in comparison. Also, superheroes or  vigilantes are looked down upon; many find them silly to fight, especially when they fall; people believe that they shouldn’t have fought if they weren’t strong enough. This series takes a little  to really get in to; at first it seems to be the life of a guy without powers. But around episode 19, the main plot starts to get going. 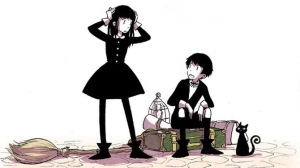 Besides witches, wizards, and magic, why would Potterheads enjoy Hooky? Well, similar to Harry Potter, this series has plenty of twists, well written characters, and starts off cute, but slowly turns darker. They also tackle a lot of the same themes, most notably discrimination. But it also explores love, which includes tight familial bonds, romance, and friendships. Both have killer plot twists, and both have likeable characters who are three dimensional;  the characters  can’t be called 100% good or bad. 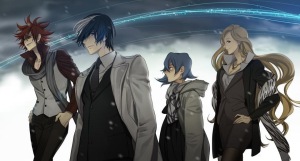 Both of these series have similar plots; a small group of people who investigate the paranormal. While S.I.D may be similar to the X-Files through more organized investigations, I think people who like Supernatural will enjoy S.I.D. In some ways, I feel as though S.I.D is almost a Korean version of Supernatural; it has shamans rather than hunters, and they use magic rather than magical weapons. They also take characters who could fall into clichés, and reinvents them to be realistic and well developed. While Supernatural includes monsters and demons and S.I.D just has ghosts, they have similar ideas. 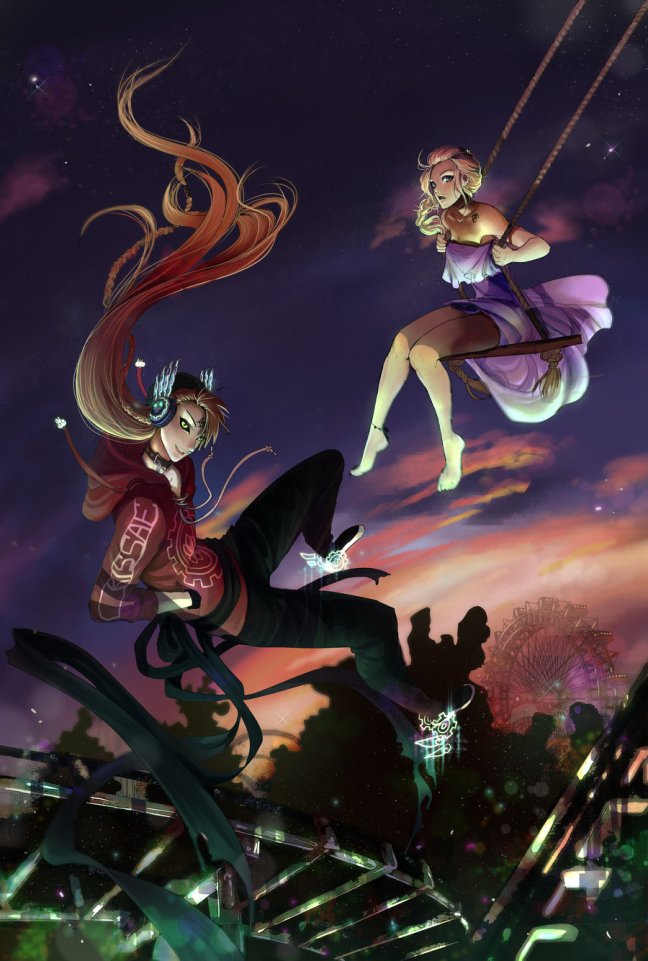 Do you like Tim Burton’s quirky characters and situations? How about his settings? The dark humor that’s in each of his movies?  Or even seriously amazing art? Well, if you like any of those things, Nightmare Factory is for you! While the writing is a little worrisome in the beginning, fear not; as the story develops and makes more sense, the writing becomes much better and wittier. Each of the characters are unique and strange, like in a Tim Burton movie. Visually, it’s stunning with the details. The situations are unique. And there’s plenty of dark and light humor in each episode.

(Sherlock and Frost even wear similar outfits…) Anyway, I’ve said time and time again that Dr. Frost is like Sherlock meets House, M.D., but psychology. It follows the classic Holmes formula; a cold, observational, genius main character, and a warm and smart secondary lead character who acts as the audience; they act in a way the audience  can relate to more. But it’s like House M.D, as in, the two main characters solve mysteries, but rather than  crimes or sickness, they investigate metal health problems and what caused them. Some of the problems they’ve investigated include: panic disorder, dependent disorder, borderline personality, delusional disorder, and even a psychological autopsy. As the series develops, it has focused a little more on crime psychology, kind of like cases Sherlock could investigate. I don’t mind; it’s interesting. This was written by a psychology major, so it can even help with school! If you enjoy Sherlock, House M.D, or any similar shows, you’ll  most likely enjoy Dr. Frost.

11 thoughts on “Matching Webtoons and Fandoms…”