Bastard was one of my very first Webtoons; I’d just caught up to Dr. Frost and was struggling on what to read next. So, being myself, I checked out the  thriller section…and man, what a ride this was. And now it’s been completed. 😢. Warning: This review will have spoilers. There’s no other way to put it; I can’t write a spoiler free review of this. The plot twist in episode three makes that impossible. So, start reading this, get to episode three, and then read this review.

I will be reviewing my Webtoons based on five things: writing, characters, art, story, and world building.

Summary: There is a serial killer in my house!  (See? The plot twist is so big and important, even the summary can’t be detailed.)

Writing: 5/5: The writing for this story was superb. I’ve hardly read anything that put me on the edge of my seat as much as this did. Sometimes, it became so suspenseful I ended up skimming the chapter, just to see if anyone I liked died. The way the story unfolded and character’s motivations were revealed was perfect, and the timing was amazing as well…or awful, if we’re thinking about the characters’ misfortune. The writer is a master of suspense, and it was an amazing and frightening read that is scarier than Webtoons like Chiller or Shriek, in my opinion.

Characters: 4/5: The characters were all more than they appeared. This is basically a lesson in not judging books by their cover taken to an extreme.

Jin is a fantastic protagonist, one of the best and most complicated ones I’ve ever had the pleasure to read. He has so many layers; he is an anti-hero with a good heart, but a dark side. You wouldn’t expect an accomplice to brutal serial killings to be so sympathetic. But Jin is shown to be a victim too; his father has been involving him in the murders since he was a toddler. So even his more messed up characteristics are likely a mix of nature and nurture. He deeply cares about Kyun (his love interest) and Manny, (his closest thing to a friend) so much that it’s a little scary. In fact, it has aspects of him being a bit of a Yandere to them. But as Kyun is being targeted by his dad as the next victim, and Manny accidentally gets involved…it makes sense that he’d be kind of overprotective.

Kyun was a little more problematic. While I liked her much more at the end of the story, her first impression wasn’t great. She’s shown to have had a hard time in life as well, as her father died, leaving her to pay off his debts. Not to mention she has to take care of her grandfather, who has dementia. That’s okay, and actually, her positive attitude despite this is inspiring. I just didn’t buy that someone who had gone through so much would be so naive and trusting. I would’ve liked it more if she was shown as more street smart and intuitive right off the bat. But I think the fandom was a bit harsh on her for saying some insensitive things about Jin’s relationship with his dad; she didn’t know the whole story! But by the end she proves to be gutsy, steadfast, and loyal, something Jin needs in his life.

Manny was someone I disliked, then liked, then disliked, then liked again. He was shown to be someone who bullied Jin at school, but started to warm up to him and even became his mentor in a way, teaching Jin fighting skills and helping him to become stronger. Then it looked like he backstabbed him, and then stuff happens….their friendship is complicated. But I did like the character a lot by the end of the story; his character development was amazing.

Jin’s dad was one of the best antagonists I’ve seen in a long time. Perfectly creepy and intelligent, brutal and convincing, he’s one of the best Webtoon villains, if not the best. He uses his mind and charisma a lot, as well as him ability to “teleport” to wherever Jin is. (Comments section joke). He always seems to be one step ahead of Jin, and is also an incredibly complex and intriguing character who’s a bit of a mystery. Why does he kill? Why is he targeting women who look like his dead wife? Why has he been using Jin as an accomplice for so long? He’s disturbing, interesting, and just as compelling as Jin, just a lot more hatable. 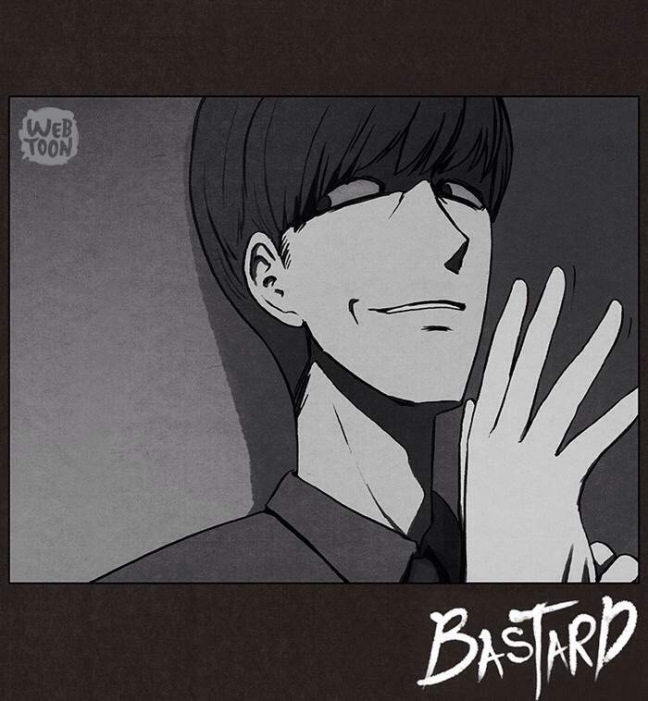 Art: 3/5: The art was good, but not great. It was a little plain, using very little coloring, which helped the atmosphere. That was cool, but in my opinion, the art style was just okay, nothing special. At its best, it could create eerie, atmospheric scenes, but at its worst, it looked downright amateurish. But it was the things they did with it that made it interesting; the effects, the lighting, the coloring (or lack thereof until the epilogue), and the line work (boy, could there be line work) all added to the suspense of the story. But I feel like the composition or angling of panels could’ve taken it to another level. But who can forget those creepy murder faces? (Shudders) I remember, my mom started reading this, and I looked up briefly to see where she was…only to see Jin’s dad’s murder face looking at me. Talk about nightmare fuel… 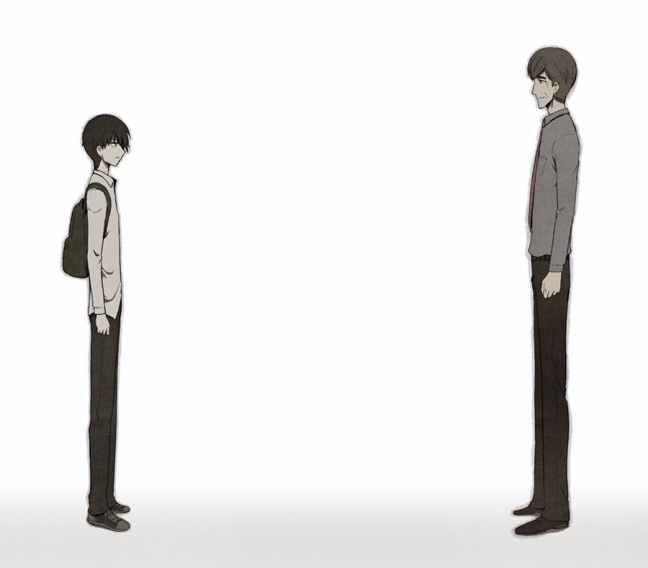 Story: 4/5: This would’ve been a 5/5, except I feel as though it had an anticlimactic ending…and that it became less thriller, and more horror throughout. However, these are minor complaints when put into the big picture; the plot was unique, and the plot twists were genuine twists; I didn’t see them coming. They were like punches to the face. And while there may be similar stories out there, the journey and twists and turns make this one of the more unique stories out there.  It becomes very addicting.

World Building: 4/5: I don’t have a lot to say about this, except that it seemed to capture life in this situation very well. The atmosphere was perfect and added to the suspense. And the differences in types of living were not sugar coated, yet not too overly dramatic.

Final grade: 4.5/5. I loved this thrill ride, and I found it at its best as a binge read. As it’s now completed, go binge it. Now! You won’t regret it.