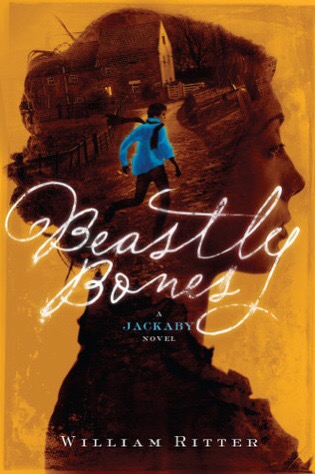 I managed to find a copy of the second installment of the Jackaby series!

Summary: In 1892, New Fiddleham, New England, things are never quite what they seem, especially when Abigail Rook and her eccentric employer, R. F. Jackaby, are called upon to investigate the supernatural. First, members of a particularly vicious species of shape-shifters disguise themselves as a litter of kittens. A day later, their owner is found murdered, with a single mysterious puncture wound to her neck. Then, in nearby Gad’s Valley, dinosaur bones from a recent dig go missing, and an unidentifiable beast attacks animals and people, leaving their mangled bodies behind. Policeman Charlie Cane, exiled from New Fiddleham to the valley, calls on Abigail for help, and soon Abigail and Jackaby are on the hunt for a thief, a monster, and a murderer.

Story: 3.5/5: Technically speaking, this is the better plot when compared to the first Jackaby novel. It’s more complex and detailed. But personally speaking, I didn’t enjoy it as much. Maybe it was the setting? Maybe it was the fact that I found the Jenny  sub plot more interesting than the main plot? Anyway, this starts as being really slow. I wasn’t getting into it for a while. But let me say, that when the story gets going, it really gets going.

Writing: 4/5: The writing was still very good. It was still compulsively readable, and while the monster may have been considerably more well known than the previous one, it was still a fresh take on a much beloved creature.

Characters: 3.5/5: The characters were still good and compelling, but there were some problems. First off, there wasn’t enough Jackaby in this novel. I understand that Abigail is the main character, but Jackaby is the most interesting and compelling character, so we need more of him. Abigail has improved though. She’s had some obvious development since the last book. She’s sharp and witty, and is more more relevant in this book than the last. But again, I wanted to see more of Jenny and Douglas! They are very intriguing characters we don’t know a lot about. And some characters introduced in Gad’s Valley, (like Nellie) I couldn’t quite get emotionally attached to.

World Building: 4.5/5: This was still the best part of the book. Gad’s Valley felt like it could’ve been real. This does tie into the details aspect, but I could see how the creatures would interact in this sleepy, rural small town. It gave off quite a different vibe than New Fiddleham. Overall, this is still a series where I half expect a Dullahan to make an appearance. (Does anyone get my reference?)

Rating: This is a tricky one to grade, as my objective grading would be 4/5, like the last one, due to a better plot. But personally, I preferred the previous story more due to the sleuthing and detective work. So my subjective grade is a 3.5/5. I didn’t like it as much as the first one, but it was still a good, fun read, and I look forward to reading Ghostly Echoes.