I started the anime adaptation back in April, and upon finding out that it was based off a novel series rather than a manga, I decided to try to find some of the novels! 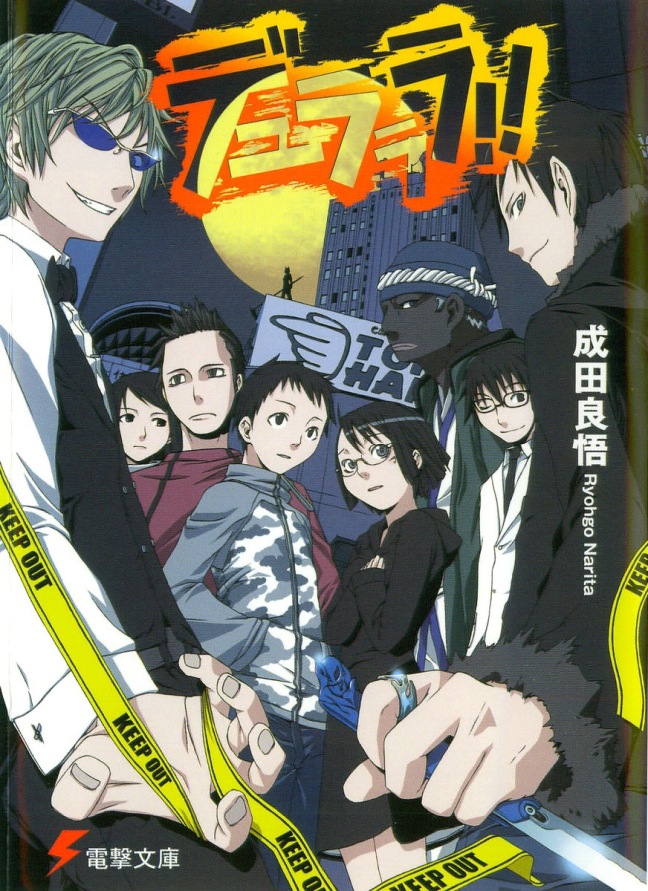 Summary: The Ikebukuro district in Tokyo is full of interesting people. A boy longing for the extraordinary. A hotheaded punk. An airheaded pseudo-stalker. An information broker who works for kicks. An underground doctor who specializes in truly desperate patients. A high school student infatuated with a monster. And a headless rider on a pitch-black motorcycle. Their story may not be a heartwarming one, but as it turns out, even weirdos like these sometimes fall in love.

Story: 4/5: It was a very interesting story, if you can call it that. It’s mainly a character study, and how all of these bizarre characters interact and how their separate stories connect. And let me tell you, they all connect in the strangest of ways. ﻿

Writing: 3.5/5: It may just be the translation, but I felt as though the writing needed some work. It felt like it was doing more telling than showing. But I’ve noticed that problem in all the translated Japanese books I’ve read, so it’s probably just translation differences. Anyway, this was also very funny, as the author tended to be very blunt while writing about bizarre happenings.

Characters: 5/5: Everyone was unique in this book, and in the anime. In fact, it’s the characters that truly make both shine. Everyone is so crazy, and that’s what makes it so fun! My two favorite characters would be our protagonist (Celty! The author actually confirmed this, which surprised me), who is a headless fairy known as a Dullahan. I mean, she is one of the most unique characters I’ve ever come across, and she’s really likable and sympathetic. Then there’s my other favorite character, Izaya Orihara. He’s an information broker who is likable in the same way Moriarty from Sherlock is likable; he just is. No matter how many horrible things he does, you like him anyway. I’m dubbing this, “The Moriarty Effect”. The other characters are great too; Mikado, our “window” into the world, Masaomi, his friend, Shinra, a black market Doctor, Shizuo, a man with an insane temper who hates Izaya, and many, many more.

Details: 4/5: The upsides of telling rather than showing tends to be the amount of detail. We get a lot of insight into each character because of this, and so it was very detailed.

World Building: 4/5: The world of supernatural Ikebukuro was so much fun! While I wouldn’t want to live there, I would like to visit…for a day. Then get out as fast as I can! Anyway, it was very vivid and strange and interesting.

Rating: 4/5: The first volume in the Durarara!! series was a lot of fun, although I recommend you either watch all of the anime before starting this, or read the first two books before watching the anime to avoid being spoiled while watching or reading both like I was. However, I recommend you read this if you watched the anime and liked it, or if you haven’t seen it but find it interesting.