I am taking a break from my genre lists, as Halloween is coming…so I decided to do a paranormal list! Not quite a “scary” list yet, that’ll come up soon though! Probably closer to the 31st 😉

So, here are nine comics to read if you like your stories with a touch of the paranormal. I’ll only give a few sentences to avoid spoilers.

This is about Winter, a ghost who has been haunting her home for who knows how long. She “lives” in a world where the Red Crows exist, an organization that keeps balance between ghosts and the living…or so they think. They prove to not be as moral as they believe. Winter gets mixed up with the Crows due to a poltergeist, and ends up watching a rebellion begin right before her eyes. And she may be more powerful than anyone imagined. 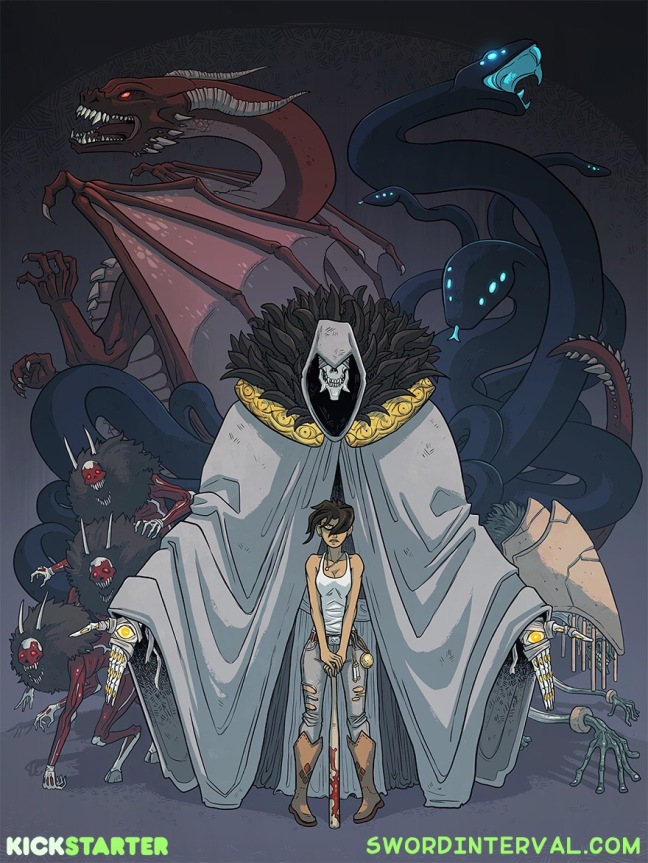 Fall Barros survived an attack on her family as a child by the Hierophant, a mysterious being that killed her parents and gave her strange golden eyes without any explanation. Since then, she has been tracking him down as an amateur monster hunter. She enlists the help of David Schmitzu, who becomes her teacher. Together, they hunt down monsters and ghosts, all while trying to figure out what the Hierophant is.

Oscar Zahn is a paranormal investigator, with a twist: he himself is a skeleton. It tells the story of his adventures with spirits, spooks, and other beings. It’s not your usual paranormal story, as it’s funny, yet touching, and so unique and out of the box.  So far, there have been three big “arcs”, each one different than the last. It has several different types of ghosts as well.

Leon Mori has always had synesthesia, which means he sees people’s voices as colors. This is what he thinks is his only unique trait, until several strange occurrences leave him tangled up with the mysteries organization Catharsis, which he ends up joining. Catharsis deals with beings known as Timorem, which stimulate fear in humans. They have to eliminate them. However, they also discover that Leon has way more to him than they imagined, and he becomes very mysterious.

This is the most recently released Webtoon on this list, so this will be short. When a woman named Yuri moves into her new apartment, the last she expects to find is a ghostly roommate. Yuri herself can see ghosts, but doesn’t like to let them know it due to a mysterious experience in her past. Jun, the ghost, just wants to be friends.

Simoon Lee is an investigator who was raised by his grandmother, who just happened to be a famous shaman. However, he doesn’t seem to have any such abilities, until one day, he begins to see ghosts and encounters another shaman called Tenka. Soon, they begin to investigate murders committed by vengeful ghosts. The group expands to include two more shamans, and they begin to realize that an organization is pulling strings behind the ghost’s acts of revenge.

The Undead are beings who come from human souls who hunt down the Jinn. When a girl vanishes, her old sister, Nirmala, gets involved in the search, and she encounters a Jinn and an Undead named Petra. During the battle, Nirmala is killed and turned into an Undead, where she must undergo vigorous training to became a true Undead, who needs to kill Jinn. There’s a lot of action and death. Also, Nirmala likely has some strange and unique gifts as well.
2

Although it’s technically not a Webtoon, but a webcomic on Tapastic, I find it perfect for October. It’s about Go-Eun Ma, a girl who owns a haunted house with her father. When it’s threatened to go out of business, she goes to the Dunn Rose Mansion, which is claimed to be so haunted, that if you stay there for two weeks, you get a million dollars. While staying at the mansion, she meets its former inhabitant, the musician Jack Bland, who died a very mysterious death and has made a very bad deal.

This is a popular Webtoon in Korea and Indonesia, and it’s easy to see why. While the stories are told by ghosts, and it has a very supernatural feel, it also feels psychological. I’m not far in this comic yet, but I really like it. It doesn’t have a set story; in fact, it’s a bunch of stories told by a group of ghosts entertaining each other. They are truly creepy, disturbing tales are psychological, paranormal, and also very emotional. It’s implied that the tales the ghosts tell are their own stories of how they died.