To work in psychology, you have to have brains, an understanding of human nature, and tough skin. While Seonga may not have all those traits at the beginning of the series, she develops them as time goes on, all while retaining her kind heart and cheerful demeanor. Seonga may not have had the extreme trials and tribulations of other mentioned emotionally strong women, but that isn’t bad at all; in fact, it’s her spirit during difficult cases that earns her a spot on this article. Some case investigations have been intense, and have included breaking and entering, Frost (the protagonist), being arrested, hypnosis, blackmail, and a professor who seems to be a blend of Moriarty from Sherlock and Johan Liebert from Monster. Some fans still dislike Seonga for her crush on Frost, and that she doesn’t seem to be capable of figuring out cases on her own. I find the first reason to be eerily similar to the reason why some people dislike Molly Hooper, and I find it rather silly for the same reasons. And for the second reason, Seonga is still a student, and while she’s certainly smart, she’s not a genius like Frost and lacks experience. But I feel like she’ll become a great psychologist someday.

While I may not be so addicted to this Webtoon as I used to be, I still remember that Heyool survived Gangam’s disaster that left it in darkness along with a small group of classmates. However, as their circumstances worsened and hope began to vanish, Heyool was the one to be able to cope the most. When the group decided to simultaneously commit suicide, Heyool was very close to doing so, but somehow managed to find the will to survive and keep going. Until she met Haneul, she was utterly alone, facing the dangerous environment and the few humans who survived and had gone insane, all while keeping her own head. She could easily have chosen to die several times, but each time, she chose life. Heyool is easily the most popular character in the Webtoon, and it’s for good reason; she’s smart, tough, and a survivor, all while having a strong personality and without feeling overpowered.

Lyra is one of the most selfless souls you may ever read about. She constantly puts aside her feelings for her friends and loved ones. She has also gone through a lot of pain; her adopted grandmother was hospitalized, and is currently still there. Lyra was left to manage her grandmother’s flower shop alone, even hiring employees. But it is her selflessness that earns her a spot here; she encourages her crush to date another girl, unaware that he reciprocates her feelings. But what she wants is for him to be happy. She tries to help Ian, Tua, and Pele break their curses in a different way that wouldn’t cause others to become sirens, even though she is slowly becoming less human and more siren, a terrifying fate. Even when an alternative is found, she is trying her best to prevent it, as it would mean someone else would turn siren, even though she is slipping. Lyra is a beloved protagonist, as she has many layers to her character, and is portrayed as simply human, flawed, yet with virtues, and realistic.

While I have said that I had mixed feelings about Kyun for the majority of the comic, I can say I did like her by the end of the story. She was surprisingly strong. Her father died when she was young, and as she grew up, her grandfather developed dementia. Not to mention, they lived in poverty, and she was left to pay off her father’s debts. Even with all that, she was able to smile and find beauty in the world. Her resilience only grows throughout the story through her encounters with Jin. She survives things that would break most people, and yet she becomes stronger because of them. Kyun is a controversial character; while some people have grown to like her, others still dislike her because of her first impression. I feel as though she’s a good character with poor writing; to have lived through so much, she shouldn’t have been so naive, dense, and trusting. Also, as we’re the readers, we know more about Jin than she does, so of course she didn’t understand the circumstances. We shouldn’t have blamed her for that. So I feel like she was a good character by the end. 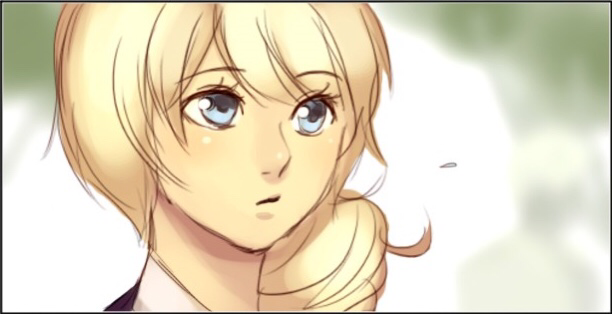 What is it with instantmiso and amazing, emotionally strong female characters?  Rachelle appears to be the classic ditzy blond love interest at first, but she proves to have much more depth than that. In fact, she has a reason for her ditziness. She suffered a brain injury as a child, which caused her to quit ballet (her passion) and develop depression and self-loathing. She kept herself from being healthy. But after meeting Landon (the protagonist), who cares about her health even when she is a near stranger, she begins to believe that she deserves to take better care of herself. She starts to change and develop confidence. She is also sympathetic, and helps Landon to stop performing his “roles” and to follow his own dreams. She can also see through his ex-girlfriend’s lies, something most romance heroines seem unable to do. Rachelle is a well recepted character, for obvious reasons. She proves to have depth and be a truly sympathetic character who is at once admirable and inspiring.

This was the final week for emotional strength. Starting next week is the last type of strength I shall be analyzing; mental strength.

What have you been enjoying so far? If you have suggestions or constructive criticism , please comment! And I’d like to know what you’ve been enjoying too. Thanks!