Thanks Rendz@ Reading With Rendz for tagging me! To be honest, I think I read The Lion, The Witch, and The Wardrobe a long time ago, and I’ve only seen the first movie…(prepares for the hate for doing this tag with little knowledge of Narnia). However, I plan to read more of the books sometime in my lifetime!﻿

This tag was created by Clémence@Clemi’s Bookish World.

NARNIA – A magical world you would like to visit?

Hmm…maybe the steampunk alternate history universe of Stoker and Holmes. It’s so unique, and has fantasy, science fiction, the paranormal, and mystery!

THE MAGICIAN’S NEPHEW – A book you think is underrated?

So many. Again, Stoker and Holmes is ridiculously unknown, and I feel as though True Grit is overshadowed by both its movies. And I Am The Messenger seems to be overlooked in comparison to The Book Thief.

THE LION, THE WITCH, AND THE WARDROBE – A classic that you love? 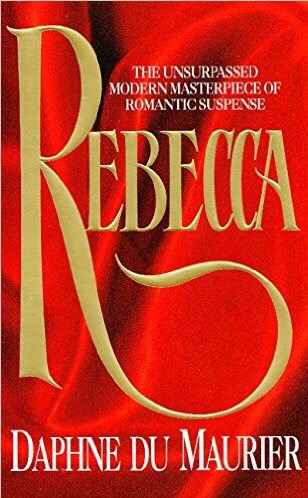 Rebecca. I don’t usually like classics, but this was a huge exception.

THE HORSE AND HIS BOY – A book you picked up without knowing what it was about?

I’ve done this a few times (only reading the back of the book) and the latest book I did this with was Jackaby. And it’s amazing.

PRINCE CASPIAN – A sequel that you loved?

THE VOYAGE OF THE DAWN TREADER – A quest you’d like to be a part of?

I would die on any quest I could join…so…I dunno.

THE SILVER CHAIR – A book you didn’t expect to love?
Clockwork Angel. Or just the entire TID series.

THE LAST BATTLE – A perfect ending to a series you love?
Most of my favorite series haven’t ended… But maybe Harry Potter, or TID, or perhaps the Webtoon Annarasumanara.

THE PEVENSIES – A siblinghood or friendship you’d love to be a part of?

Man, there are so many characters who are #friendshipgoals. I wouldn’t want to be a part of the friendship exactly (I don’t think any characters I like would want to be good friends with me, lol), but some notable friendships that I wish I could have in some way, would be: Sherlock Holmes and John Watson, Sherlock, The Doctor and Donna, Doctor Who, Will and Jem, TID, Clary and Simon, TMI, and John and Sera, unOrdinary.

EUSTACE SCRUBB – A character who grew on you?

Um…one would have to be Will from TID. I was so mad at him at the end of Clockwork Angel, he was such a jerk to Tessa. But in Clockwork Prince, I remember finding out everything that was going on with him and thinking, “I take back every bad thing I thought!” Now he’s one of my favorite characters from TID. I know there have been more characters from other stories, but I can’t think of any at the moment.

It depends on the character. But  one  would be Totoro from My Neighbor Totoro.

CASPIAN – A character with regal qualities?

Anyone who’s royalty, lol. Maybe Nausicaa from Nausicaa of the Valley of the Wind? (I’m choosing people at random, haha)

Too many! Hmm…Toothless from How to Train your Dragon.  (Animals are too cute!)

THE WARDROBE – Your favourite hideout/place to read?

The chair in my room. It’s comfy, and sometimes one (or both) of my cats cuddle with me!

Well, I’m not gonna tag anyone this time around. I think I’m still recovering from test week, haha. But if you liked this tag and want to do it, go right ahead! You don’t even need a ton of Narnia knowledge to enjoy doing this, believe me.

13 thoughts on “The Narnia Tag”