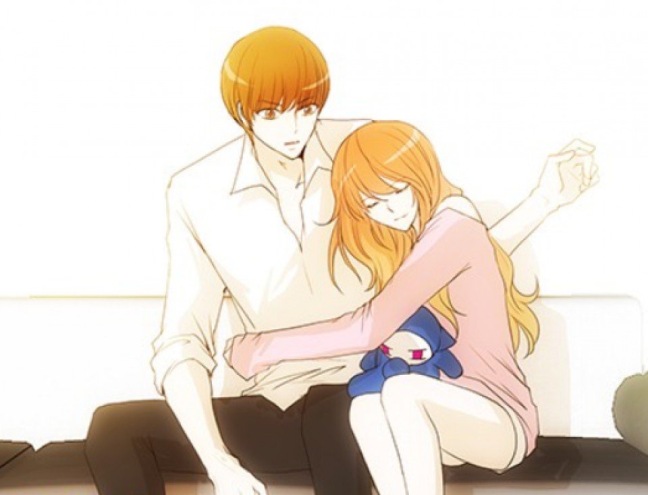 Typically, I don’t go for the pure romance genre; the couples usually lack chemistry for me. But Webtoons don’t seem to have that problem; many of the romances I’ve read, I’ve actually enjoyed. So here are my recommendations: 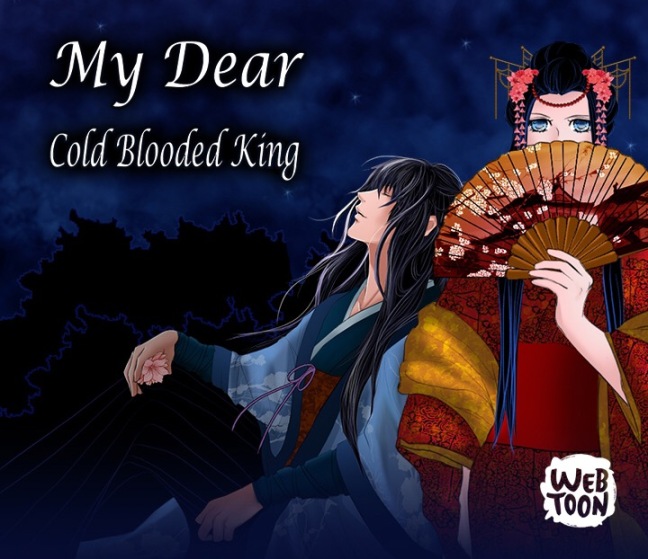 The story takes place in a fantasy world heavily influenced by Eastern culture. It focuses on Mei Kihara, a simple merchant girl who becomes mixed in with the fearsome Blood King, a ruler who is an enigma. She is employed to be a doctor in the Blood King’s own palace, where she meets two soldiers, Ryu and Yuuta, who are both interesting and mysterious as well. This is a romantic mystery; we are as confused as to the Blood King’s identity as Kihara is. If you want beautiful art, dynamic characters, and plenty of intrigue, this is a must read.

I have to admit, it took me a while to really like this. It felt really clichè at first, the only thing particularly remarkable about it being the art. But around the end of the middle, it pulls a plot twist that made me do a double take. It’s about Sia Lee, a modern day vampire who survives off human energy. She meets Jiho Shin, a human who has really tasty energy. She attempts to get closer to him, but he seems like the classic jerk…but then he turns out to be a germaphobe. Suddenly his behavior makes so much more sense. But as I said, it was the ending of the middle that gave it a spot here; there’s a big plot twist.

8. Asleep Beside You, F. Arnott, completed:

Link: Asleep Beside You

This is an incredibly creative romance. It follows the two leads, Kate and Tyr (of course, the one time I find a Webtoon where one of the MCs has my name, it’s a romance. Figures!) throughout their daily lives. However, they meet up unusually; in their dreams. Each time they fall asleep, they find themselves in a dream where they’re in the same bed together. (No! Wait! It’s better than that description!) Despite the somewhat awkward description I just gave, this is so addictive. They have amazing chemistry, but ABY takes a surprisingly psychological turn; it explores the effect the dreams have on both Kate and Tyr, who are ordinary people who are affected both positively and negatively by the dreams. With a cast filled with lovable characters and a surprising dose of realism, I highly recommend this.

7. For the Sake of Sita, Haga, complete:

Link: For the Sake of Sita

This is a confusing Webtoon, I will give you that. Filled with feels, romance, character journeys, Nepal mythology, and…time travel, this packs a lot in its twelve episodes. Sometimes it’s too much. But it’s worth it. It’s about Sangmin Han, a doctor from Korea who visits Nepal to try to help the people there, and a woman named Sita, a former Kumari (“goddess” figure), who was shamed and is now a prostitute. They fall in love and get married, but she dies shortly after they  return to Korea. A distraught Sangmin makes a deal with the gods to be able to bring Sita back, which results in him traveling back in time to stop her from becoming a prostitute.  That’s not the best summary, but this is a hard Webtoon to explain. It’s better to read it and experience it for yourself.

Always Human is one of the best Webtoons when it comes to talking about relationships in general, not just romance. Sunati and Austen are a healthy relationship, but I like that it also focuses on the friendship between Sunati and her best friend Rae, and the familial bond between Austen and her sibling Yasel. Always Human is in the future, where people use “mods” for everything, from changing appearances to medicine. Sunati loves mods, but Austen can’t use them. Their relationship is built heavily on trust and respect, and most importantly, communication. These two girls talk about their feelings and don’t let miscommunication get in the way, unlike many Webtoon couples (cough, Seol and Jung, cough). If you want a non-angsty romance with a healthy couple, you should check this out.

Where Tangents Meet sounds cliché when you first read the summary, but as you go on, you realize that all the overly used romance tropes are wonderfully skewed and made realistic. The main character is Landon, whose mom is a famous model. As a result, he’s always been in the spotlight and was never encouraged to follow his own dreams, mostly science and astronomy. He’s put up a classic rich kid, aloof bad boy front as a result. Then he meets Rachelle, a rather ditzy and naive girl who he finds irritating at first, but warms up to quickly. Rachelle is a plot twist; as it turns out she actually has a reason for why she’s so out of it most of the time, and it’s surprisingly psychological in a way. For the most part though, this series is a very sweet, heart warming romance with lovable leads and supporting characters that ended all too soon. 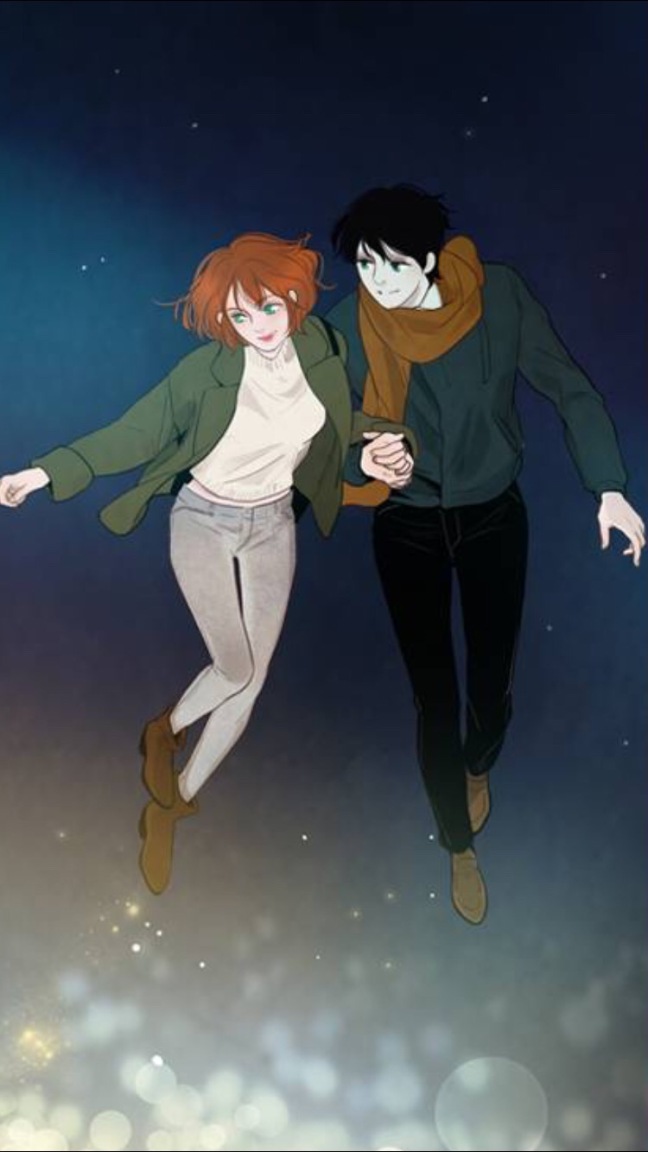 Winter Woods is equal parts fantasy, romance, and with a touch of even thriller. It follows Winter, a man who was created in a rather Frankenstein manner; sewn together from corpses by an alchemist. However, the Alchemist died and left Winter and Roy, a creation in the form of a wind up bird, alone. Winter was later discovered by scientists, but one of them poties him and sets up an experiment for him to become human. He is sent to a woman named Jane’s house; Jane is attempting to become a children’s author. During his life with Jane, he becomes more human. However, the thriller aspects come with the characters of Zoe, a mysterious man who’s a murderer, and Adora, a blind woman who is in love with Zoe. They are incredibly interesting characters. I recommend this if you like your romance filled with feels, beauty, and touches of mystery, 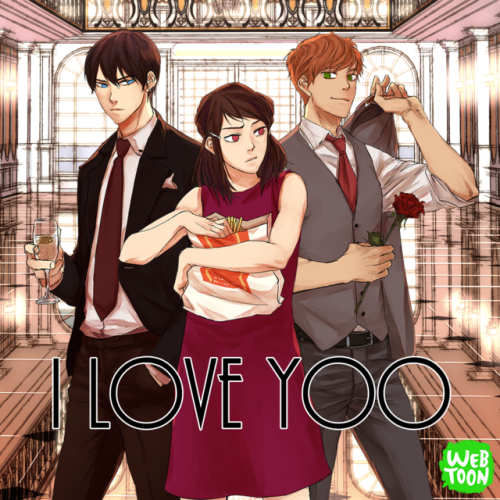 I didn’t expect to like this as much as I do. I tried to read it in Discover, but never got into it because the font was too small or some dumb reason like that. It’s about Shin Ae Yoo, a girl who hates love with a passion after her parent’s divorce. However, after she spills a drink on a guy and ruins his clothes, her life becomes very complicated. At first glance, this looks like a clichè romance. But what makes this work is Shin Ae; she’s an amazing protagonist. Snarky and blunt, a food lover, loyal to her friends, almost tsundere, and with a mishevious side, she’s really different than most romance protagonists, and is surprisingly relatable. That’s not to say the other characters aren’t good; Yeong Gi, or “Mr. Stalker”, as she calls him, is actually really nice and funny, and Kousuke, an irritated friend of Yeong Gi, is also interesting. ( is it just me, or does Kousuke look like a Yato from Noragami who somehow gets his life together?) 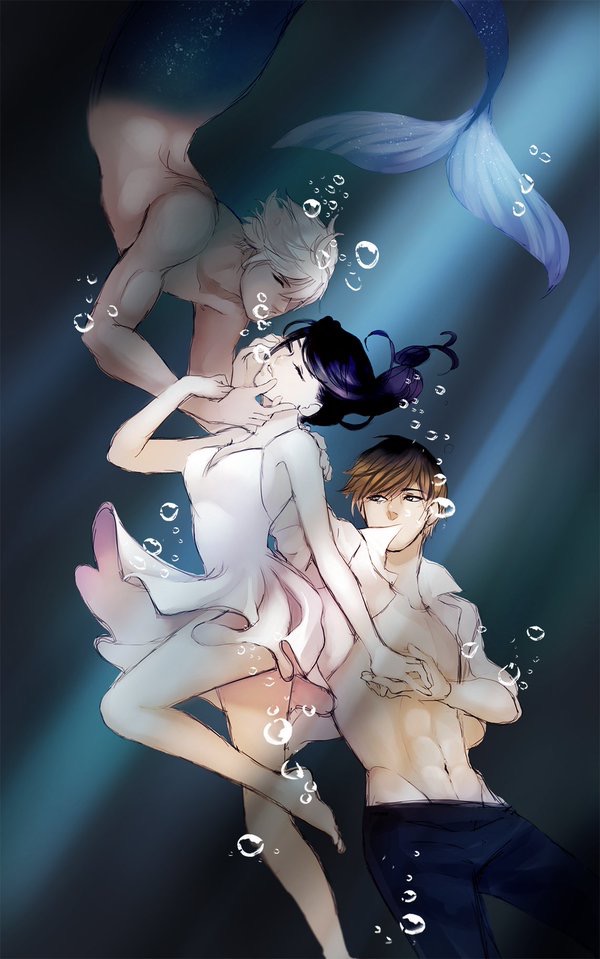 One of the most popular Webtoons, Siren’s Lament features amazing character writing, stunning art, and plenty of feels. Lyra, our main character, is just an ordinary girl until she accidentally gets mixed in with sirens and gets cursed alongside one of them, Ian.  Now they turn into sirens whenever they’re in the ocean but remain humans on land. However, Lyra begins to become more siren. One of the bigger story plots is Lyra’s feelings for one of her closest friends, Shon. She doesn’t believe he likes her back, but really, he does, like, a lot. (They’re just too selfless to admit it, darn it!) The other story line is Lyra and Ian trying to figure out their curse. There are a lot of sub-stories and character journeys throughout, which makes this kind of hard to explain. But each character is wonderfully written and feels really realistic, and in classic instantmiso fashion, the tropes are skewed amazingly.  Siren’s Lament is a feelsy, character driven story with a love triangle that would make Cassandra Clare proud.

Link: Miss Abbott and the Doctor 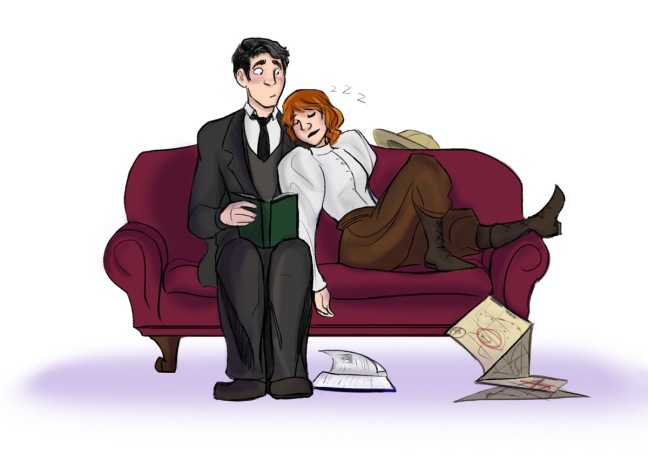 Fan art link: Too Much Adventuring

This is one romantic comedy that is wonderfully written, free of clichès, and takes place in an idealized Victorian society. What more could you ask for? This follows our two leads, Cati Abbott, a woman who grew up in another country with that country’s natives who is less proper and more adventurous than most, and Andreas Marino, the town doctor who is a bit stuffy, but is open minded, especially with Cati. This chronicles their adventures together. It’s less of a story and more about how their lives are, but each story does connect and is incredibly humorous and charming.  Each adventure is out of the box and so much fun, and typically is very different than what you’re expecting. Not only is it funny, but it also has good lessons and values about society and relationships. Plus, the main couple is adorable, with tons of chemistry. They’re also one of the healthier couples I’ve seen; more realistic and cute. If you want a romance that is more fluffy rather than angsty  and is creative, you should read this.

Which romance Webtoon is your favorite? Please vote in my poll below. Remember, this will be for my list of, “Best Webtoons.” I’d really appreciate it if you could vote.

My next recommendation will be thriller!

27 thoughts on “My Favorite Webtoon Recommendations By Genre: Romance”