Comedy can be very diverse. It can be slapstick, romantic, crude, charming, or in a league of its own. Comedic Webtoons are no exception!

Link: Behind The GIFs

Behind the GIFs is surprisingly innovative. It may not have a story, per se, but it is fun. Basically, it tells the story behind every GIF you look at. Let me tell you, most of the time it's something you don't expect…at all. And the GIFs at the end make everything even funnier and priceless.

9. Live With Yourself!, Shen, ongoing:

Link: Live With Yourself!

I feel as though Shen has watched too much Doctor Who…Live With Yourself is that level of confusing. Anyway, it tells the story of Todd, who survives an accident that leads him to have to live with…himself. Literally. There's Tomo, the close future version of him, Babs, the baby, and Oldie, the elderly him. This story is crazy and unpredictable, and rather confusing with all the paradoxes…but that's what makes it so fun.

8. Boyfriend of the Dead, Ushio, ongoing:

Link: Boyfriend of the Dead 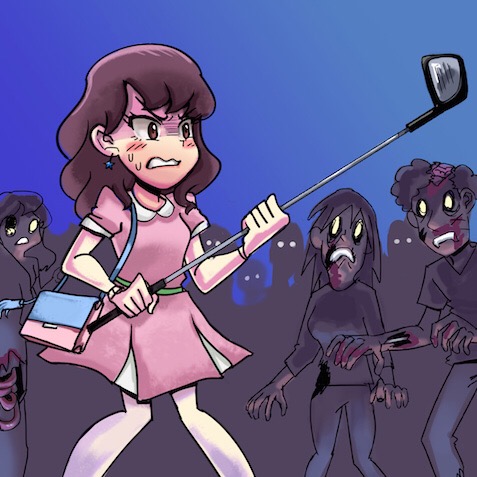 A newly featured Webtoon, Boyfriend of the Dead could be considered a deconstruction of the zombie genre. It follows a zombie guy who is very picky about the kind of humans he eats (he doesn't care for enhancements of any kind, whether it be plastic surgery or makeup) and the girly-girl whom all the zombies are afraid of, as she's basically the ultimate zombie killer. This Webtoon doesn't have many chapters yet, but is surprisingly funny and unpredictable.

This is probably the strangest Webtoon of Ilkwon Ha's that I've ever read. It follows Heo Sae, a lazy guy who inadvertently gets a job at a bathhouse. Boy, is this filled with quirky characters, from the boss who is…eccentric, to say the least, Kang Hae, the guy who takes the job very seriously, and Yura, a girl who seems to be one of the few sane people working there. Although this does become more serious as it goes along, it has quirky, bizarre humor, odd characters, and of course, gorgeous art.

I haven't gotten far in this, but if you're looking for a slice of life comedy that doesn't take itself too seriously, this is perfect for you! Jane is a relatable protagonist, awkward and funny. She also writes Genjicat, which is another Webtoon that appears here as well. 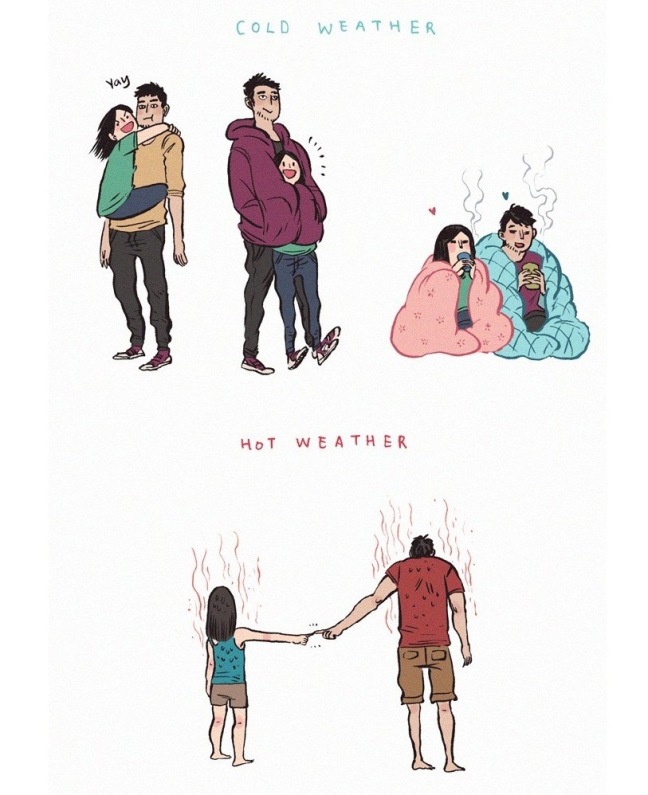 If you're searching for a romantic, comedic slice of life with a couple that is definitely relationship goals, go check this out. It follows Fishball's life with her boyfriend…with a huge height difference. They have nerdy, humorous interactions that are better than most romantic comedies out there. The realistic factor of this comic is what makes this so funny. It's self-aware, charming, and hilarious.

You would not expect a zombie apocalypse to be funny, would you? Well, this takes it on its heel and makes you crack up. Although the second season is considerably more serious, it still has light touches of relatable humor throughout. The main characters are mostly teenage girls who feel very realistic, if a bit scarily well-adjusted. Each of these characters are fully fleshed out with their own personality and quirks. And if you're looking for a diverse read with different types of character design, body types, race, sexual orientation, and skill sets, this is a must read.

3. I Don't Want This Kind of Hero, samchon, ongoing:

Link: I Don't Want This Kind Of Hero

My most recent read, this is a superhero deconstruction…which actually feels more realistic than most superhero movies. It follows the hero organization called Spoon, and their battles against the villain organization called Knife. Our main character, Naga, is an overpowered student whose reluctance to fight comes from his worries that include: no volunteer hours, inability to get a job due to fighting crime, and inability to actually have a life, which are worries that any student in his position would have. Each character is humorous and ironic, such as the violent leader of Spoon, and the more relaxed, yet yandere leader of Knife. I Don't Want This Kind of Hero took me by surprise in the best way possible. 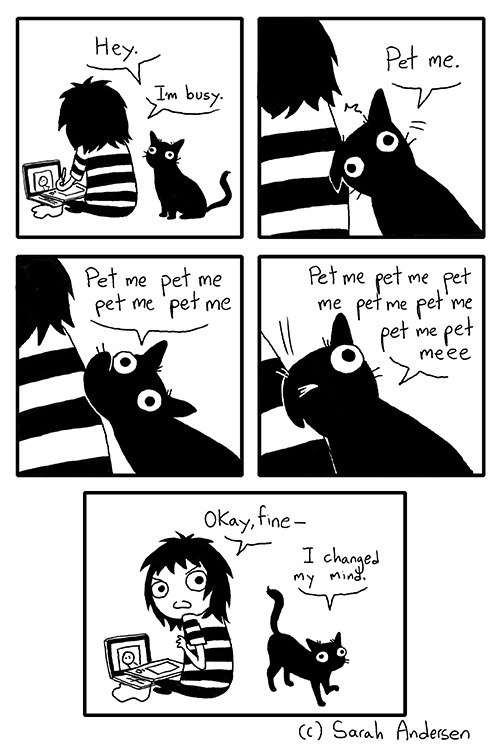 Everyone knows Sarah's Scribbles. Do I need to explain why it's here? It's funny, and relatable. Sarah understands the small things in human life that are hilarious, especially when it comes to friends, relationships, music, and my favorite…cats. Boy, is that cat a cat.

This should come as no surprise as number one. It is easily the most famous comedy Webtoon, and for good reason; Shen never seems to run out of funny ideas. He can also do innovative things, like the time he made a 3-D episode, where every panel was a photo. He also takes reader questions and stories and incorporates them into comics. Some of the funniest things he does though, is create really funny episodes…and then put in a philosophical comment in the author's comment.

Which comedy Webtoon is your favorite? Please vote in the poll below:

The next genre recommendation shall be romance!

And I was thinking…maybe for each genre, I could do two lists on the best male and female characters from each genre. They could be leads, supporting characters, or antagonists…just ten for each gender. What do you think? Let me know your thoughts!

3 thoughts on “My Favorite Webtoon Recommendations by Genre: Comedy”